What is Proforma Invoice?

In trade transactions, a proforma invoice is a document that states a commitment from the seller to sell goods to the buyer at specified prices and terms. It is used to declare the value of the trade. It is not a true invoice because it is not used to record accounts receivable for the seller and accounts payable for the buyer.

Simply, a “proforma invoice” is a “confirmed purchase order” where buyer and supplier agree on detail and cost of the product to be shipped to the buyer. A proforma invoice is generally raised when the seller is ready for dispatching the material but he wants to ensure that the payment is being sent before dispatch. And similarly, the customer also wants to know which components are included in the pro forma invoice to avoid disagreements later.

A proforma invoice can also be used for shipments containing items that are not being bought or sold, such as gifts, samples and personal belongings, whereas a commercial invoice is used when the commodities shipped are being bought or sold. However, it is best to use a customs invoice or declaration as border officials require values for the export declaration. A Customs Invoice or declaration is commonly used in New Zealand for air parcel post shipments.

Below is the Preview of this Proforma Invoice 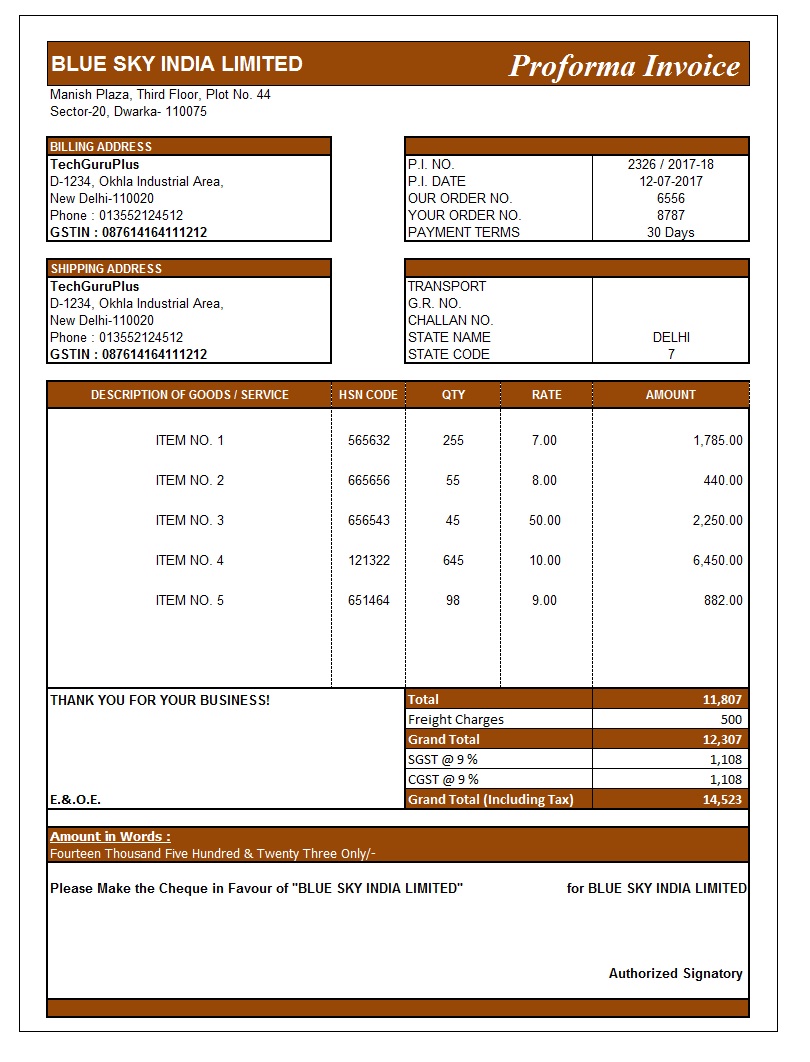 About Author
Nazim Khan is a Microsoft Excel Expert & Excel Trainer, dedicated to helping you create outstanding tools and reports in Excel. Nazim’s background is Master of Business Administration (MBA-Finance), For over 10 years he has worked in the Accounts-Finance and MIS department implementing reporting systems based on Excel & Tally ERP.

Scroll back to top